A robotics scientist at Worcester Polytechnic Institute will lead a team of researchers at three universities on a project to develop robotics technology that can help recycling centre workers sort waste in a safer, cleaner, and a more profitable manner.

Berk Calli, Assistant Professor in the computer science department and robotics engineering program at WPI, and eight other researchers will use $2.5 million in funding from the National Science Foundation’s Future of Work at the Human-Technology Frontier program for the four-year project, which will include building a mock recycling line at WPI.

The aim is to develop robotics technology that could be deployed at waste recycling facilities to make them more efficient, but also to improve conditions for workers who sort mixed recyclables by hand.

“What we are trying to do is to introduce robotics technology in such a way that the working conditions of these employees improve,” Calli said. “We approach the problem from a worker-centric view and aim for a human-robot collaboration-based robotic system in which the dirty and dangerous aspect of the job is minimized. Such an approach includes understanding the needs and demands of the workers together with the challenges of the recycling industry, and our interdisciplinary team will cover all these aspects while developing the robotic system.”

The U.S. scrap recycling industry accounts for more than 530,000 jobs and generates $117 billion in annual economic activity while handling large amounts of materials. Americans recycle nearly 68 million tons of waste a year, according to the Environmental Protection Agency.

Yet recycling centres nationwide face challenges in selling sorted materials to processors. China, historically the largest consumer of U.S. recyclables, has imposed tariffs on imports of recyclable waste, while Taiwan has proposed restrictions on imports of recyclables, and Malaysia stopped issuing import licenses for recyclable plastics in 2018 (National Waste and Recycling Association). In addition, workers at recycling centres rapidly sort plastic, paper, metal, glass, and other materials while being exposed to noise, dust, toxic materials, odours, sharp objects, and other hazards.

“We need to basically use everything that we have in the state of the art of robotics, plus push it even further so that we can actually start solving the problem,” Calli said.

“This grant will provide opportunities to study how human workers and robots can work together collaboratively in a physically challenging work environment,” Whitehill said. “Material recycling facilities are not only an important workplace in their own right for environmental reasons, but they can also serve as a research model for how humans and technology can cooperate in the future of work.”

Three undergraduate students at WPI are participating in the project by developing a mock sorting line. A master’s degree candidate and two doctoral candidates at WPI will also be involved in the project.

Small And Ready To Conquer The World

Safe cable guidance on robot for a small price

A $250 Bn Revolution: Mobile Robots and Autonomous Vehicles in delivery 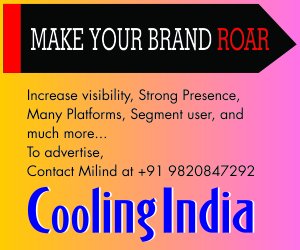